The image for this cover came to me very quickly after reading the poems in June English‘s new collection, The Horrid Tales of Timothy Small and Other Poems. I’d worked on the inside layout of the book and so it had been with me for about two weeks before I started work on the cover – the whole working schedule was only four weeks in total . The character of Timothy is quite naughty and I wanted him to look as if he’d just been admonished (not that he would listen, anyway) so he’s seen from a downward point of view. Originally I had a plain background but I wanted to give the character more of a domestic setting and so I decided to place him in a kitchen (to reflect some of the themes in the book). The basic idea and sketches of the different elements took me about a day and is drawn digitally using a pen and tablet. Then I added colour, quite roughly, and the highlights and shadow came next followed by some some detailed work on the eyes, shoes and whiskers – as well as the tidying up of the sketches and colour. It was a lovely project to work on and finished in such a short space of time for a complete book. 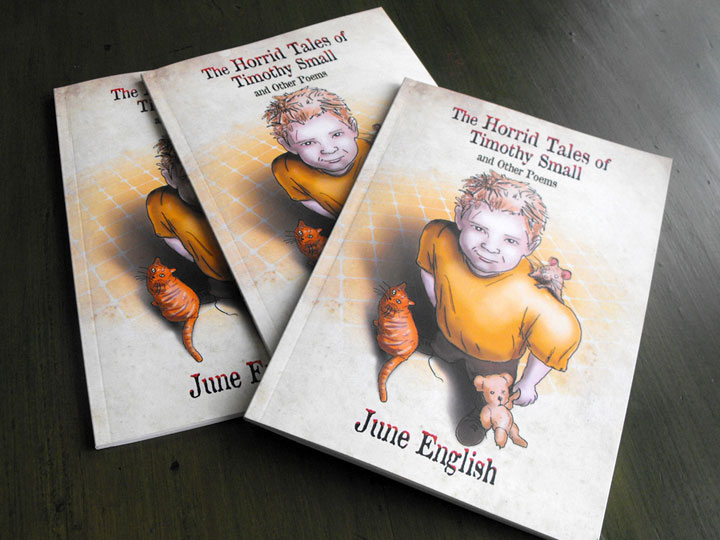